Philately is the collection and study of postage and imprinted stamps.

What is Stamp Collecting

"Stamp collecting" is the accumulation of material related to the payment of postage and the carriage of the mails. In addition to traditional postage stamps, many philatelists -- the fancy word for stamp collectors -- also collect covers, envelopes that carried mail. Some individuals also collect markings or labels applied to mail including postage meters. Others will even collect Christmas Seals, revenue stamps and other ephemera.

Most individuals collect for relaxation and enjoyment although many secretly hope that they will discover a rare and elusive stamp that will make them wealthy. Some individuals collect as an investment. While the American Philatelic Society does not promote this, stamp collecting is a better investment than many other hobbies. As stamps are miniature works of art, it's nearly impossible to collect them without gaining a large amount of knowledge. Stamps also usually provide a much greater return on your investment than other hobbies. While you might not get back more than you invest, how much return can you get on your golf scorecard?

For more information on philately and stamp collecting, visit the American Philatelic Society. 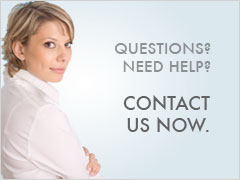 Our office is open for business, however, please call or email prior to visiting our office. We are wearing gloves and masks in all areas where social contact can occur. The health and safety of our clients, employees, and communities is our highest priority. Our actions are informed by the CDC (Centers for Disease Control and Prevention) and WHO (the World Health Organization), along with guidance from local and U.S. government and public health agencies.